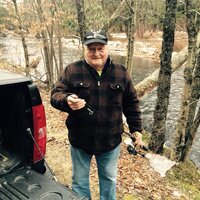 He was born in West Chester, Pa on January 13, 1933, the son of the late Edward Franklin and the late Esther Linton (Martin) Hartshorne.

Ebbie has lived in East Norriton since 1959, formerly of Conshohocken and he was born and raised in West Chester, Pa.

He enjoyed hunting, fishing, going to the casinos and most enjoyed spending time with his family.

He was a Self Employed Carpenter.

He was the husband of Late - Helene ( Brady ) Hartshorne

Along with his parents and wife he was preceded in death by his brother Clifford Hartshorne.

Memorial Contributions may be made in his memory to a Charity of your choice.