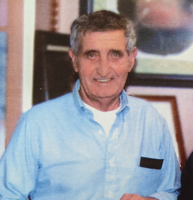 Louis M. Frangiosa, Sr., age 92, of Plymouth Meeting, PA passed away peacefully in his home on Saturday, November 12, 2022.  He is reunited with his wife, Jane T. Frangiosa, who passed just five weeks prior.

Louis was born in Norristown, PA on December 18, 1929, the son of the late Michael and Assunta (Marino) Frangiosa.

Louis owned and operated an auto service business with his brothers.  He honorably served in the U.S. Army during the Korean War.

In lieu of flowers, memorial contributions may be made to the St. Jude Children's Research Hospital, 262 Danny Thomas Place, Memphis, TN 38105.