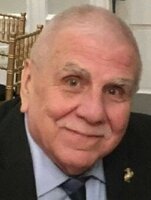 He was born in Norristown, PA on April 3, 1941, the son of the late John S. Lukowski, Sr. and the late Jennie (Strzalkowski) Lukowski.

Jack has been living in West Norriton for over 40 years, formerly of Conshohocken, PA.  He was a graduate of the former St. Matthew High School and LaSalle College where he earned his Bachelor’s Degree attending night school.  He was a parishioner of Visitation BVM RC Church where he previously served as the CYO Athletic Director.  He honorably served in the U.S. Marine Corps and was a founding member of 50+ years of the Marine Corps League Valley Forge Detachment #312.  He worked as an Operations Manager for Lucent Technologies.  Following his retirement, Jack worked in security for the Valley Forge Convention Center and later the Valley Forge Casino where he made many friends.  He enjoyed fishing and he was an avid Philadelphia sports fan, enjoying all the games.  He had a great sense of humor and loved spending time with his grandchildren.

Relatives and friends may call on Saturday morning from 10:00 AM to 11:00 AM at the funeral home.

Interment will be private and at a later date in Washington Crossing National Cemetery, Newtown, PA.

Memorial contributions may be made in his name to the Marine Corps League, Valley Forge Detachment #312.