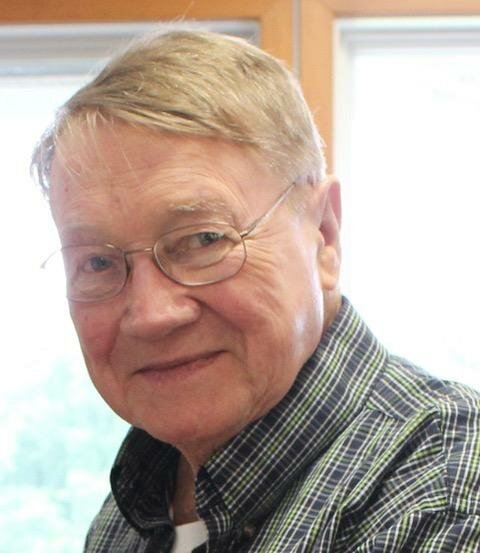 Buck was born in 1940, the son of Martin (an electrical engineer and Vice President of PECO) and Ruth Gavet (homemaker and mother).  He grew up in East Norriton, PA and graduated from Norristown High School.  He played football as a running back at Penn State for one year before going into the army.  Buck served as a signalman in the Philippines, where he was awarded a Sharpshooter Badge and other commendations.  After completing his service he attended Gettysburg College, where he graduated with a degree in Accounting.  After marrying Patricia Gavet (nee Harrison), he started his career as a salesman, an occupation he continued throughout his professional life.  He was a tremendous salesman and was named Salesman of the Year multiple times.  After retiring, Buck worked as a school bus driver and travelled the world with his wife, visiting China, Peru, Africa, Europe, and more than a dozen countries and islands in the Caribbean.    He volunteered for many years at the Make a Wish Foundation in Philadelphia.

Buck was a dedicated father who was deeply committed to his family.  He coached youth sports for his two sons, learned to be a (poor) amateur magician, loved football and scuba diving, and threw outrageous 4th of July parties.  He was especially proud of the yearly Caribbean vacations he arranged for his whole family each winter, and he continued to fund the vacations even after his health prevented him from going along himself.

Along with his parents, he was preceded in death by his brother, Lee.

Buck is survived by his wife, Patricia, his sons Michael and Jonathan, and his son’s wives (Agata and Jessica).  He is also survived by his grandchildren: Liliana, Carly, Helena, and Viktor. All live locally, and were a source of singular joy in his life.

Memorial Contributions may be made in his memory to: Make-A-Wish Foundation, 5 Valley Square, #210, Blue Bell, Pa 19422.

Share Your Memory of
Martin
Upload Your Memory View All Memories
Be the first to upload a memory!
Share A Memory