We believe that a funeral service should be a very special
tribute to the life of a relative or close friend.
We are committed to serving all families fairly and with dignity,
no matter what their financial situation.
We strive to make helpful suggestions and present options to keep
funeral costs down. 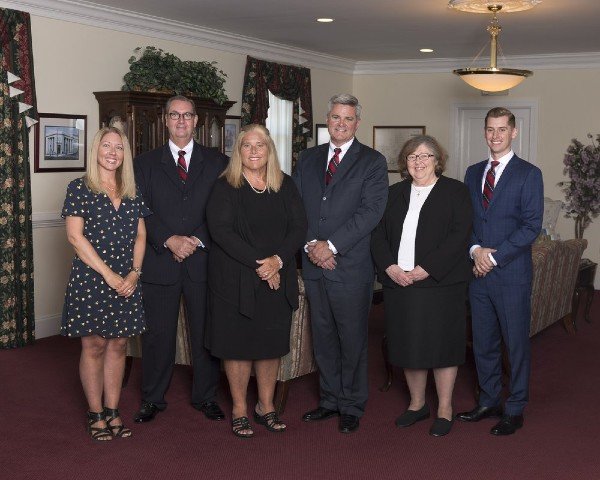 Founded in 1888, the Moore, Snear and Ruggiero funeral homes stand on a solid foundation of over 132 years of caring. In fact, our family's commitment has not been limited to our first generation ... or our second, third, or fourth. Today, eighth generation family members share in this special dedication to service throughout the years to come.

Our staff has a combined 10 generations of caring family service to our community. We are dedicated to serving families with compassion, care, and convenience during a difficult time. Our many years of experience provide expertise in fulfilling your wishes. We are trained to handle all ethnic and religious services and we can handle any special requests you may have to personalize your service. Since 1888, our time honored tradition of dignity and trust has made us the bench mark in funeral service.

A third generation funeral director and native of Conshohocken. He lived in Plymouth Meeting, Pa with his wife Maryanne (Conway) Moore. He was the father of Maryanne Brady, Donald E. Moore, Jr., Susan M. Moore, Kathleen C. Johnstone, and Eileen Moore Evans, and had 10 grandchildren. He was a graduate of St. Matthew's High School and Eckels College of Mortuary Science. He served in the U.S. Navy during World War II. He was a member of St. Matthew's Church and has served on Conshohocken Borough Council, was a member of Knights of Columbus #1603, Forth Degree Fr. Tomko Assembly #934, American Legion and Conshohocken Lions Club. 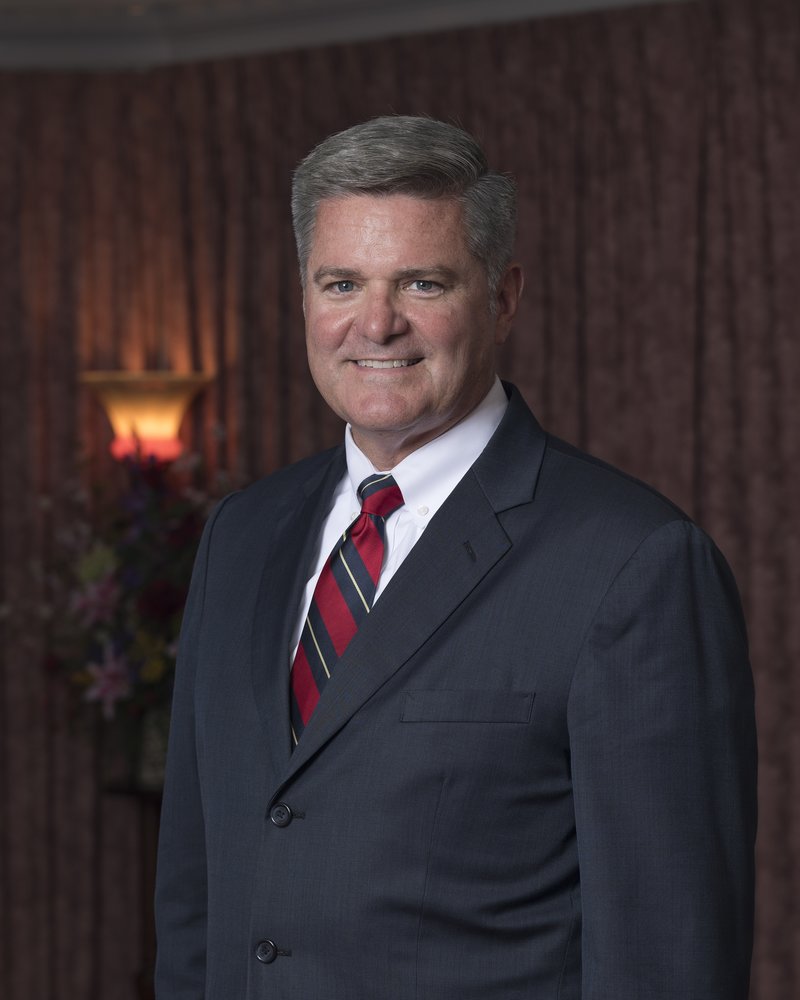 A fourth generation funeral director and native of Conshohocken. He is married to Cindy (Dawson) Moore and father of Ashley, Michael & Kelly Moore. He is a graduate of Archbishop Kennedy High School and Northampton Funeral Service College. He is a member of St. Matthew's Church of Conshohocken and several community and professional organizations such as Ambucs, Rotary, Fritz Lodge, Commercial Club and President of the Conshohocken Service Unit of the Salvation Army. He is also a member of the Montgomery County, Pennsylvania, and National Funeral Directors Associations. 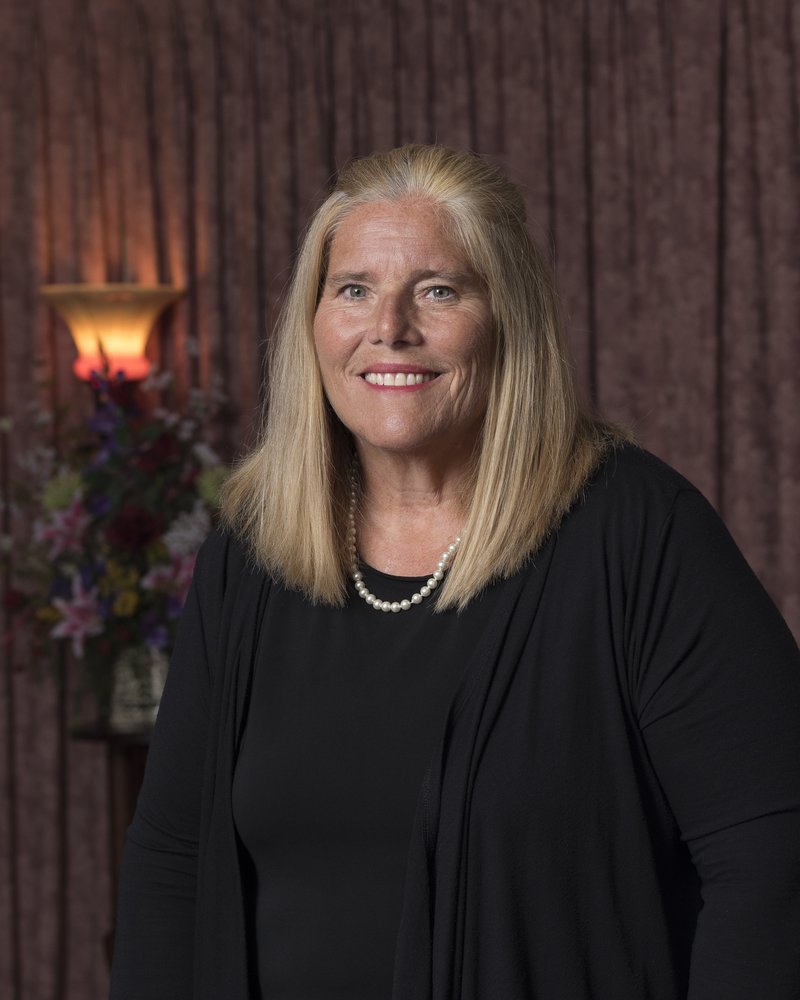 Dayle A. (Snear) Malantonio was raised in Conshohocken, Pa. She is a graduate of Plymouth-Whitemarsh High School. Dayle received her Associates Degree in Business Administration in 1980 from Montgomery County Community College.  She received her Funeral Directors license in 1994 from Northampton Community College, making her a fourth generation Funeral Director. Dayle is a member of St. Marks Lutheran Church in Conshohocken.  Past president of the Fellowship House of Conshohocken Board of Directors. She is a member of the Junior Womans Club of Conshohocken,  member of the Colonial Neighborhood Council Board and is treasurer of the Conshohocken Service Unit of the Salvation Army.  Dayle and her husband Edward have a daughter Elizabeth and currently reside in Plymouth Twp. 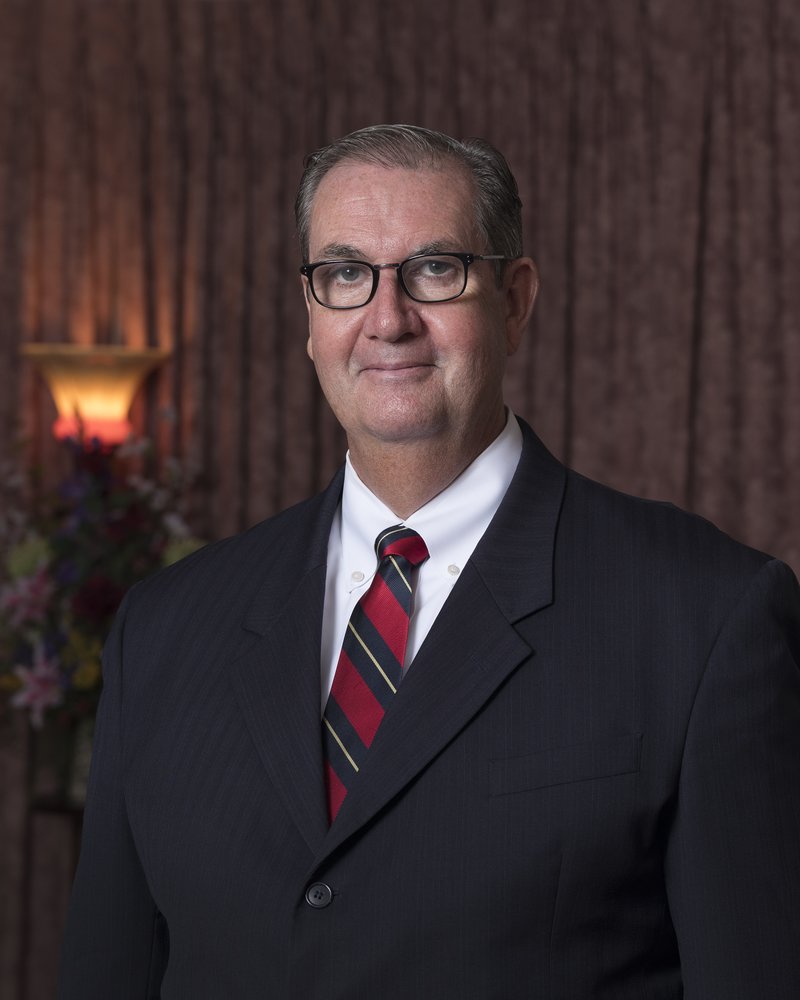 A second generation funeral director. Shawn is a lifelong area resident, along with his late father Michael J. Courtney owned and operated a funeral home in Bridgeport, Pa. Along with his wife, Jackie, and one son Jordan, he continues to reside in Bridgeport. A well known and respected part of our community, Shawn is a member of St. Augustine Church in Bridgeport. Also, a member of Norristown-Bridgeport Elks Lodge 714 and the AOH Montgomery County, Notre Dame Division of Swedesburg, Pa., and an avid Notre Dame fan. A graduate of Upper Merion High School, Montgomery County Community College, Mercer County Funeral Service School. After retiring the family business of 40 years in 1999, Shawn continued as a Funeral Director and in 2003 found his place with The Moore, Snear & Ruggiero Funeral Home. 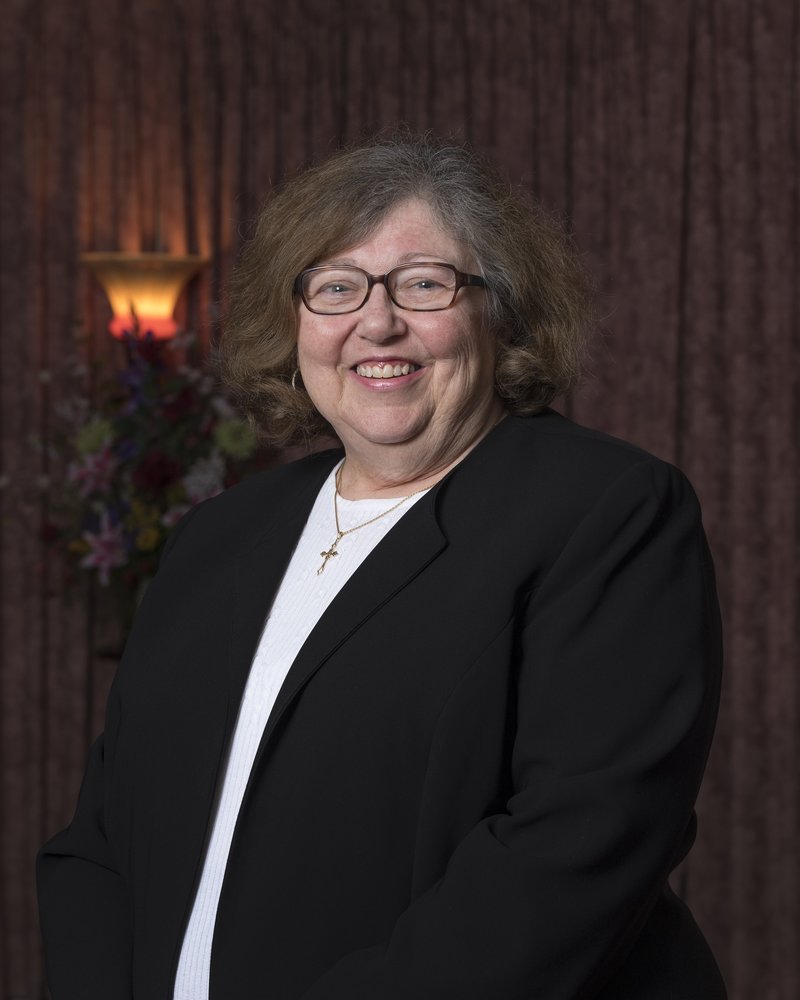 Mrs. Ruggiero is a magna cum laude graduate of Temple University with a Bachelor of Arts degree in Sociology. She is also an honors graduate of Northampton County Area Community College with an Associate in Applied Science degree in funeral service. She served her internship with a large Philadelphia funeral home. Mrs. Ruggiero is a certified eye enucleator and a former instructor for the Lions Eye Bank of the Delaware Valley, having received their prestigious "Sight Seeker" Award in 1988. Her professional memberships include the Montgomery County, Pennsylvania, and National Funeral Directors Associations, serving in several leadership positions. Actively involved in the community, Mrs. Ruggiero is also a member of the Perkiomen Valley Chamber of Commerce, the Central Perkiomen Career Women, the Community Club of Collegeville, St. Eleanor's Women's Guild and Stewardship Committe, and Trappe Historical Society. She also has served for many years on the Zoning Hearing Board of the Borough of Trappe. 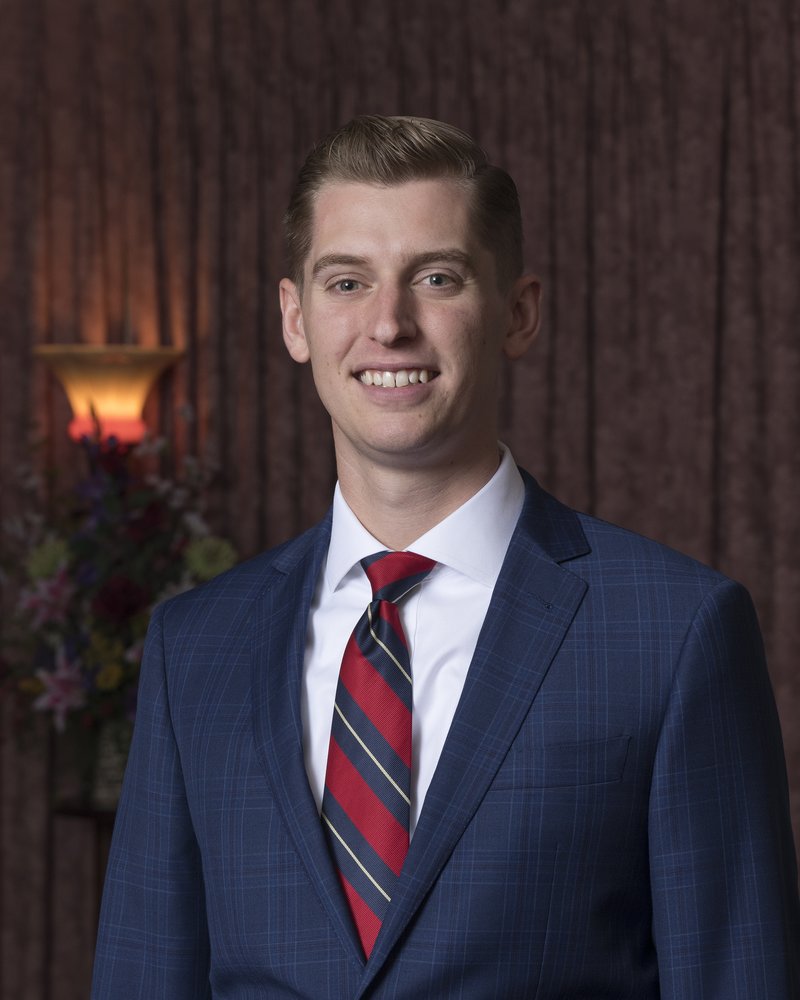 Dan is a first generation funeral director.  He grew up in the Roxborough section of Philadelphia then moved with his family to the Skippack area.  Dan attended Kennedy-Kenrick Catholic High School until its closing and was a member of the first graduating class of Pope John Paul II High School.  Dan attended St. Charles Borromeo Seminary in Wynnewood where he earned a Bachelor's Degree in Philosophy.  During his four years in college, Dan worked as an assistant at the funeral home during breaks from school.  He earned his Funeral Director's License after completing the Funeral Service Program at Mercer County Community College and his internship with Moore, Snear & Ruggiero.  Dan considers it a privilege to help families honor the life of a loved one who has passed. 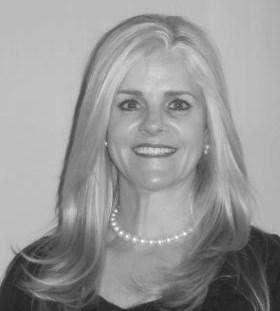 Cindy is married to Donald E. Moore, Jr. Mother of Ashley, Michael & Kelly Moore. She was a graduate of Plymouth - Whitemarsh High School, Harcum College, Temple University and received her masters from Villanova University. She is a commissioned notary for the state of Pennsylvania. Cindy is a lecturer with St. Matthew's Church and she is involved with many school and community activities. She was the former Auction Director at Mount St. Joseph Academy. 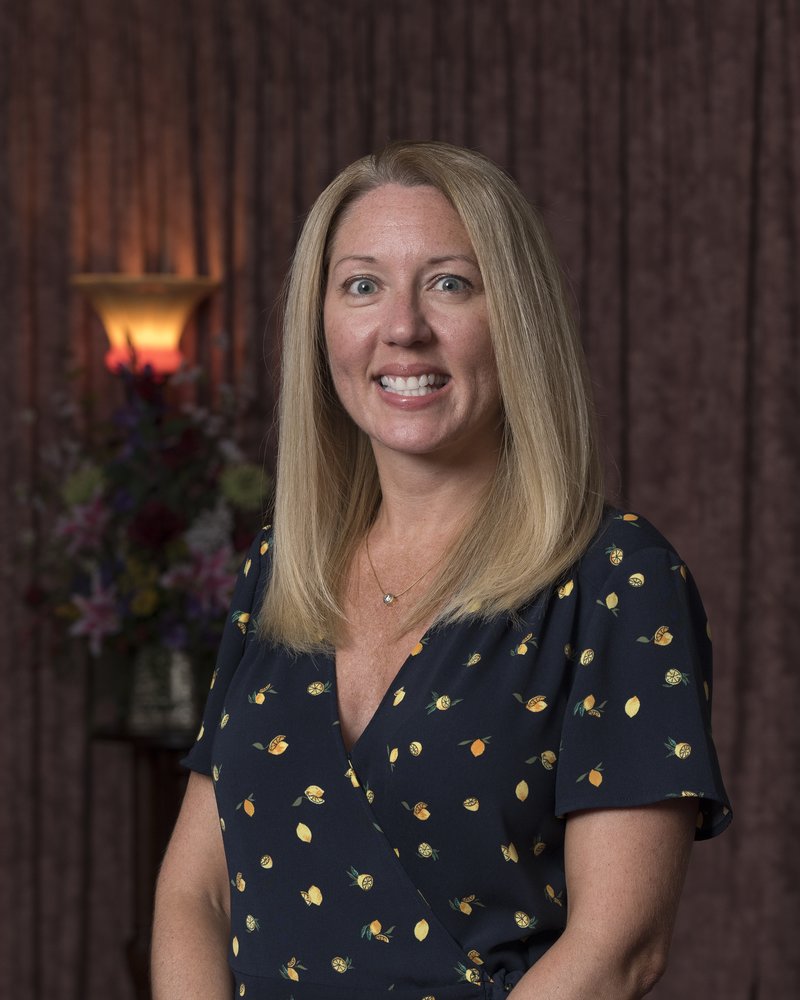 April is a native of Conshohocken and a graduate of Plymouth - Whitemarsh High School and Montgomery County Community College, where she received a degree in business. She provides administrative support at the funeral homes and also assists in many different aspects of the business. Her years of experience in the business have helped her in comforting bereaved families.  She has participated in yearly events such as the American Cancer Society’s Relay for Life and Alex’s Lemonade Stand to support cancer research and numerous fundraisers which benefit her community. She is a member of St. Philip Neri Church. 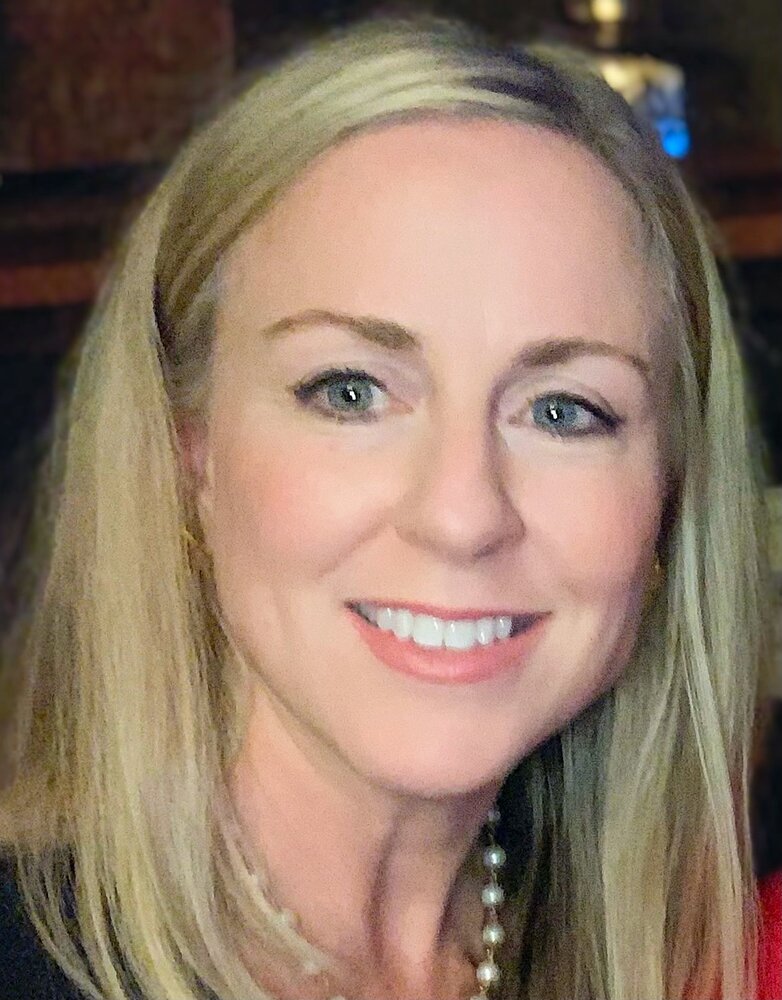 Amy holds a BA in Psychology from Lycoming College and a Master's Degree in Clinical Social Work from Bryn Mawr College. Her areas of expertise include individual counseling with children, adolescents and adults healing from trauma, anxiety, and grief. Amy lives in Drexel Hill with her husband, Chris and sons, Luke and Will. She is an active member of St. Dorothy's RC Church.