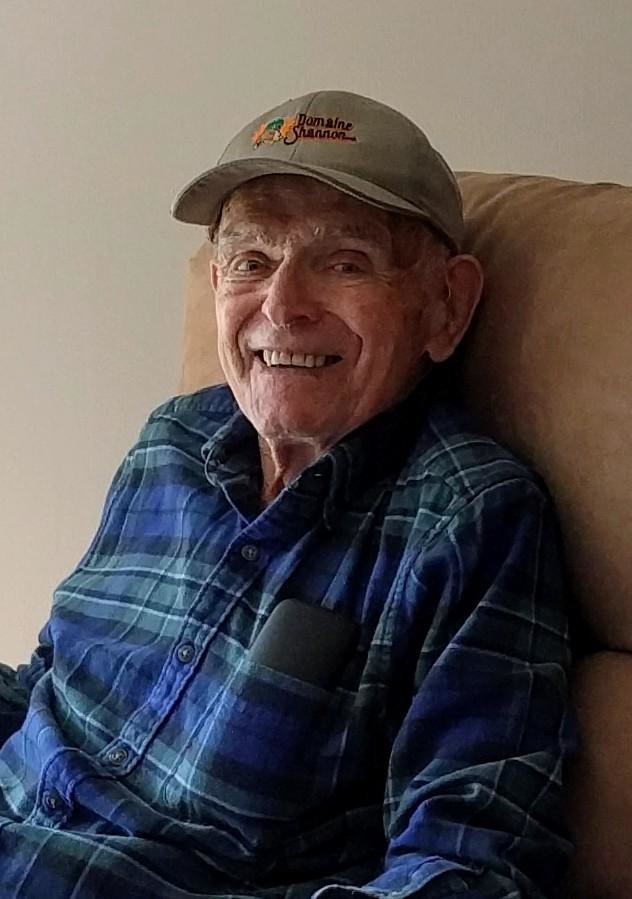 John was born in East Coventry, PA on September 1, 1929, a son of the late William and Mary (Szim) Neborak . Formerly of Spring City, John had resided in East Coventry since 1963. John worked as a welder and had a long career with Superior Tube of Collegeville. He also operated his own welding business. John was a Christmas tree grower with his son and daughter in law on his East Coventry property.

John was an avid fisherman and camper. He travelled annually with family and friends to Quebec, Canada for over 40 years enjoying the travel, fishing, and the companionship. He
combined his love of playing his guitar and singing with the fishing trip by entertaining guests at the camp. John shared his love of music as a member of The Silver Strings, a group of musicians who entertained regularly in the community. Also important to John was his breakfast time with his friends.

John played professional baseball with the Phillies and Cardinals Organizations for several seasons.  John honorably served in the U.S. Army during the Korean Conflict.

He is also survived by his grandchildren, Justyne ( & Peter) Clarke, Rebecca ( & Matthew) Storm, and Randall "RJ" Knight, Jr.  John would introduce you to his beloved grandchildren and make sure you knew how proud he was of them; "Justyne and Pete are engineers and so very smart. Rebecca and Matt are teachers who educate our youth, and RJ, he's at Penn State and going places."

Along with his parents, John was preceded in death by five brothers and three sisters.

His Funeral Service will be held on Thursday, October 18 at 10:30 AM at the Moore, Snear & Ruggiero Funeral Home, 224 West Main St., Trappe, PA 19426. Relatives and friends are invited to the Viewing Wednesday evening from 6:00 to 8:00 PM and Thursday morning from 9:30 to 10:30 AM at the Funeral Home.  Interment will take place in Zion Lutheran Church Cemetery, Spring City.

He was active in the Kimberton Lions Club. Memorial contributions may be made in his name to Lions Clubs International 4547 Carol Stream, Illinois 60122-4547.