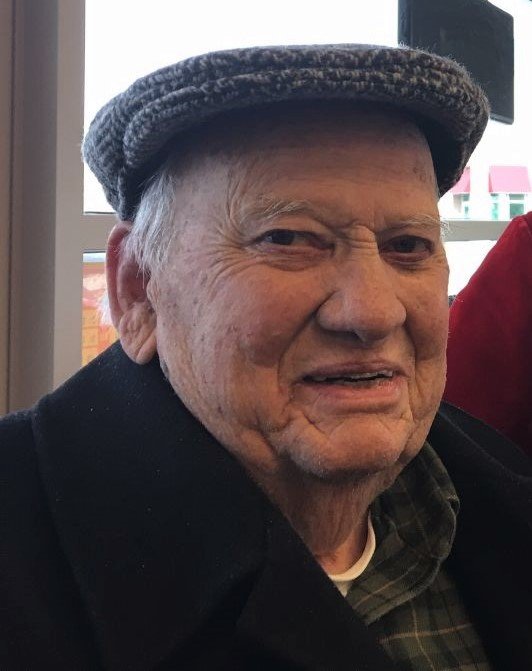 Jack was born in Jackson, Michigan on Christmas Day, 1928, son of the late Harry and Mary Louise (Bishop) Storrs.

Having grown up in Michigan, he later found his way to Pennsylvania, living in Hometown, Lansdale and, most recently, Collegeville.

Jack graduated from the University of Detroit with a Bachelor's Degree in Chemical Engineering.  His extensive career included positions with DuPont, Atlas Chemical Industries and William H. Rorer Pharmaceuticals.

Jack, a Commander in the United States Navy and Korean War Veteran, served  both active duty and in the reserves for a total of 24 years. Forever a proud American, the stars and stripes could always be seen flying at his home.

Jack was a devout Catholic. He served as a lector and led the Saturday morning rosary group. He was a member of the Knights of Columbus and Saint Eleanor's Roman Catholic Church in Collegeville.

Jack was an avid Phillies, Eagles and Penn State fan, always donning one of their caps. His greatest love, however, was his home and his family.

Along with his parents, Jack was preceded in death by his son, John Christopher Storrs who passed in infancy and his brother, Richard Storrs.

Relatives and friends are invited to the viewing on Wednesday evening, March 6 from 6:00 PM to 8:00 PM at the Moore, Snear & Ruggiero Funeral Home, 224 West Main Street, Trappe PA and Thursday morning from 9:00 to 9:45 AM at St Eleanor's Church.

In lieu of flowers, memorial contributions may be made in Jack's name to St. Jude Children's Research Hospital and the Disabled American Veterans.

Share Your Memory of
Jack
Upload Your Memory View All Memories
Be the first to upload a memory!
Share A Memory