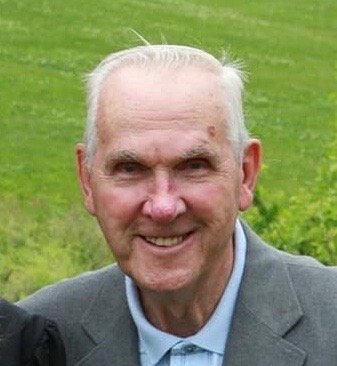 He was born in Conshohocken, Pa on August 14, 1934, the son of the late Philip and the late Irene ( Wernick ) Stemporosky.  Ed served in the US Marines during the Korean War, where he received the National Defense Service Medal and the Good Conduct Medal.  He was a member of St. Paul's Catholic Church of Norristown, Pa.  He started working at the cement plant in West Conshohockenbefore he went to work as a Letter Carrier with the US Postal Service where he worked delivering mail in West Conshohocken.  While with the post office he also worked part time with Sears and caddied on the weekends.

He was the husband of Janet ( Rhoads ) Stemporosky for almost 60 years.

Along with his parents he was preceded in death by a brother Joseph Stemporosky, & 4 sisters Phyllis, Ida, Irene, & Claire.

Memorial Contributions may be made in his memory to St. Paul's RC Church - 2007 New Hope Street, Norristown, PA 19401

Share Your Memory of
Edward
Upload Your Memory View All Memories
Be the first to upload a memory!