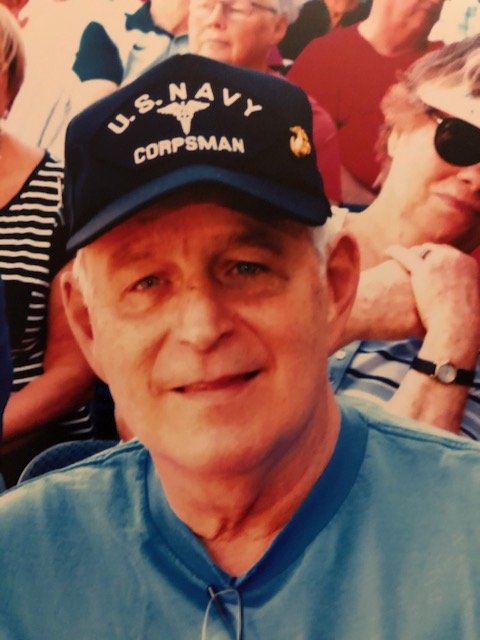 Obituary of Robert B. Rounsaville

Robert B. Rounsaville, of Conshohocken, PA, passed away at Penn Hospice at Rittenhouse in Philadelphia, PA at the age of 72.  He was born on February 4, 1947 and was raised in Easton, PA.

He was the son of the late Herbert (Sr) and late Arlene (Deacon) Rounsaville.

Robert was better known as Bob and lived in Conshohocken since 1972.

He was a member of the 1965 graduating class of Wilson High School (Easton, PA).  After high school, he served four years in the United States Navy as a Hospital Corpsman and was a recipient of the Purple Heart.  While in Vietnam (1968) he was wounded by enemy mortar fire near Khe Sanh.  After his honorable discharge in 1969, he then worked as a nurse while completing his Bachelors of Science in Nursing at Gwynedd Mercy University. He worked as a Registered Nurse in the Emergency Room of Chestnut Hill Hospital for over 43 years.  Since retiring in 2014, he enjoyed biking, photography, venturing with his friends and grandchildren, loved going on cruises and traveling to Colorado.

Bob was the husband and best friend of Carolee Rounsaville for over 55 years and will be eternally loved and missed by her.  Additionally, he is survived  by his daughter Carolyn and husband Michael  O’Donnell of Blue Bell, PA,  his son Christopher and wife Molly Rounsaville of Northampton, PA and his brother Herbert  Jr. and wife Geraldine  Rounsaville  of Easton, PA.  He is also survived by his 7 grandchildren,  Jon, Jake, Jackie, Allison, Logan, Annabel and Isabel and will be forever loved and missed by them all.  Bob’s 2 beloved furbabies , Moxie and Snickers, will miss his lap time along with his 3 granddogs and 1 grandkitty missing play time with him.

Along with his parents he was preceded in death by a brother, Donald Rounsaville and a sister Anna (Sis) Harhart.

His Graveside Service and Interment will take place at 11:30 AM in Washington Crossing National Cemetery,  Newtown, PA on Friday May 15, 2020, and a Celebration of his Life will follow at a location in Conshohocken area to be announced at a later date.

Memorial contributions may be made in his honor to woundedwarriorproject.org.