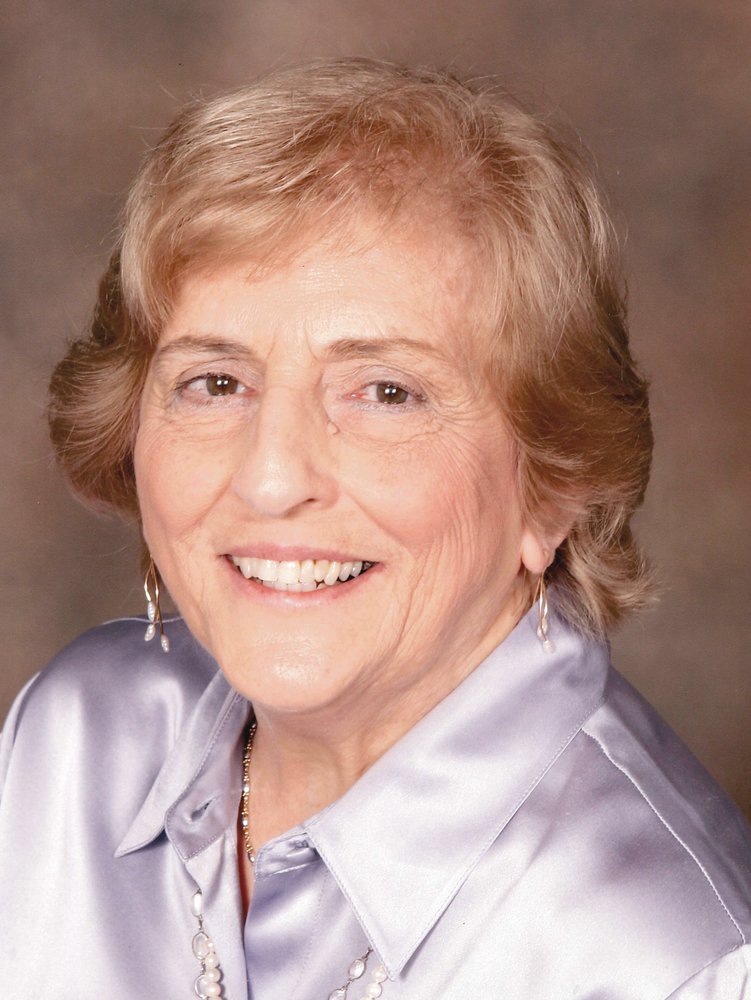 Obituary of Antoinette A. Stewart

Mrs. Antoinette A. (nee Albanese) Stewart (“Toni”), 88, passed away peacefully at her Limerick, Pennsylvania home, surrounded by loved ones, on September 14th, 2020.  She was a devout Catholic and faithful parishioner of St. Teresa of Avila RC Church, where she also sang in the choir for several decades.  She was also a longtime member of the Women's Club of Plymouth Meeting and the Women’s Bowling league, where she made many lifelong friends.

Toni was born on November 12th, 1931 at Phoenixville, PA, the oldest of two children born to Antonio Borromeo Albanese, a barber, born in Chieti, Abruzzo, Italy, and his wife Mary Anastasio of Phoenixville.

When her mother died suddenly in 1934, Toni (and later her brother Joseph) were sent by their father to the Sons of Italy ‘Dante School’, Concordville, PA. She spent her formative years in this Italian orphanage under the direction of Pallottine Sisters, or the Sisters of the Catholic Apostolate, with nuns sent from the Italian Mother House. Very young children worked on the farms, or took up domestic duties such as kitchen details and general housekeeping. In this Dickensian setting, Toni learned how to make many meals from scratch working in the kitchen most of her childhood.  She would later put all her talents into feeding her large family and hosting many gatherings of friends and family.

After graduating from St. Agnes High School, West Chester, PAin 1949, Toni left the Dante School after nearly 14 years. In High School, she excelled at academics, particularly in the sciences, leading to a scholarship at the Italian-owned Perreca Cosmetology School in historic Germantown. Her talents were nourished there, and eventually led her to establish her own hair styling salon, simply called “Antoinette’s” on Old Arch Road, Norristown.

In 1952, at a popular dance club in Roxborough, Toni met a young draughtman, newly returned from several years of Army service in South Korea. While the two enjoyed their time on the dance floor, it was not ‘love at first sight’. But the young man, Samuel Stewart Jr. of Manuyunk, with his trademark persistence, eventually won over Toni’s heart, and they were soon married at Old St. Lucy’s Church in the heart of Manuyunk on May 1, 1954.

Toni and Sam moved to Plymouth Valley, East Norriton shortly before their marriage, and then spent more than 15 years in Norristown, before moving to Oaks in 1972.  They welcomed their first child,  Samuel West, in 1955. Their second child, Pamela Ann was born in 1957 and their third child, Claudia, was born in 1958. Three more boys followed, Scott David in 1961, Eric Van in 1964, and Kirk Jeffery in 1967.

When Toni had Pamela, she decided to close the shop and dedicate her life to being a mother and gifted homemaker.  She continued to do hairdressing at home for life-long friends and Irene Stewart, our grandmother, who was as dear to her as a Mother who helped her heal from the mother she had lost.

Toni excelled as a strong parental force, and the education and success of her children became her life’s work. She supported Sam’s ambitions, who, after a modest start as a window decorator, with Joy Hosiery, joined Charming Shoppes in 1953, and began a creative career as head of store design and construction for that successful women’s apparel store chain. Long after the death of her husband Sam in 1994, Toni became reacquainted with Andrew “Skeets” Hamedy of Norristown, an old friend, and the two enjoyed a long and happy special relationship until Andrew’s death in early 2015.

Toni was passionate about food and cooking, and even gardening, and when she wasn’t filling her home with warmth and kindness, she could be found taking care of her small gardens, or enjoying quiet moments entertaining on her back deck, enjoying birdwatching, including her favorite hummingbirds.

Along with her husband, Sam, of 40 years, and her long-time companion, Andrew, Toni was preceded in death by her brother, Joseph Albanese and sister, Theresa Boronski.

In lieu of flowers, Mass Cards and/or contributions in the name of Mrs. Antoinette A. Stewart to: the Catholic Charities Appeal would be appreciated. (for information, please see link https://www.catholiccharitiesappeal.org/donate).

Share Your Memory of
Antoinette
Upload Your Memory View All Memories
Be the first to upload a memory!