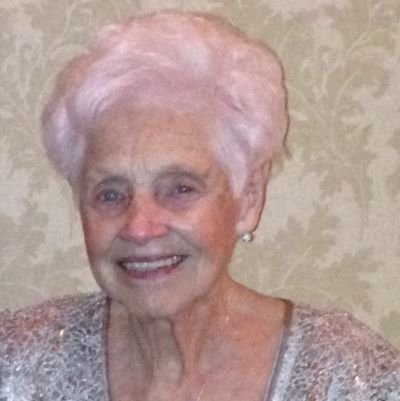 She was born in Norristown, PA on September 15, 1921, the daughter of the late William and the late Margaret ( Donahue ) Booth.

Margaret has been living in Eagleville, PA, formerly of West Norriton.

She was a member of St. Patrick RC Church in Norristown, PA.

Margaret graduated from Norristown High School.  She retired from the Budd Co. in 1984 after working 15+ years as a billing clerk.  After retiring, she then went to work at Women Infants and Children as an administrative assistant where she worked until 2014.

She was the wife of the late Joseph A. Kirkpatrick and late William G. Earnest.

Along with her husbands and parents, she was preceded in death by a son Joseph Kirkpatrick and a daughter-in-law Sara Kirkpatrick.

Memorial contributions may be made in lieu of flowers and in Margaret's memory to: Alzheimer's Association of the Delaware Valley, 399 Market Street, Suite 102, Philadelphia, PA 19106.

Share Your Memory of
Margaret
Upload Your Memory View All Memories
Be the first to upload a memory!
Share A Memory
Plant a Tree