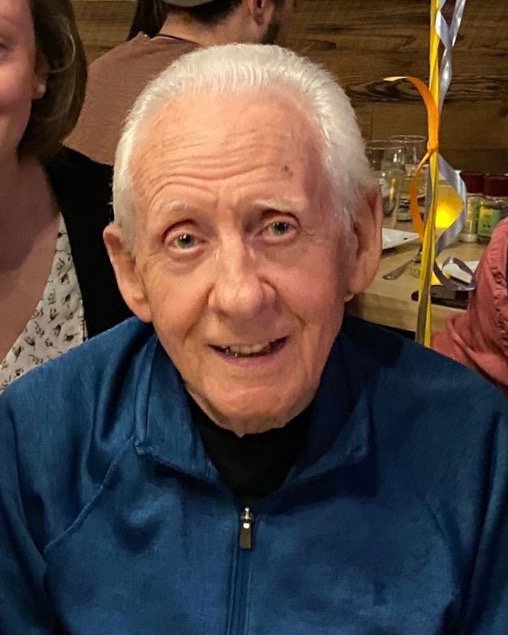 He was born in Abington, PA on November 4, 1934, the son of the late Pietro and the late Catherine (Conti) Riccio.  He was living in Collegeville, formerly of Ambler, PA.

Frank was a U.S. Army Veteran and  stationed  in Germany for three years where he met his wife, Ann, “The Love of his Life”

He was a Supermarket Manager for Palermo's Family Market of Ambler where he worked for over 30 years and was known to the entire community.   He then went on to work with Ford Electronics of Lansdale, PA from which he retired.

Frank when he was younger, thoroughly enjoyed  competitive  bowling.  He and his family were extremely proud when he threw  a sanctioned “ Perfect" 300 game for which he received a giant ring commemorating  his accomplishment .

In Frank's  later years, he spent a lot of his time with his three grandchildren attending their soccer games  and ice hockey games.  He was a great “Pop-Pop”.

Throughout his  life what was most important to Frank was his family and friends.

He was the husband of the late Ann (Schimpfhauser) Riccio.

Along with his wife and parents, he was preceded in death by his siblings, Clement Riccio, Samuel Riccio and Rose Wasniewski.

Relatives and friends are invited to the visitation on Tuesday morning from 10:30 to 11:15 AM at the church.

Share Your Memory of
Francis
Upload Your Memory View All Memories
Be the first to upload a memory!