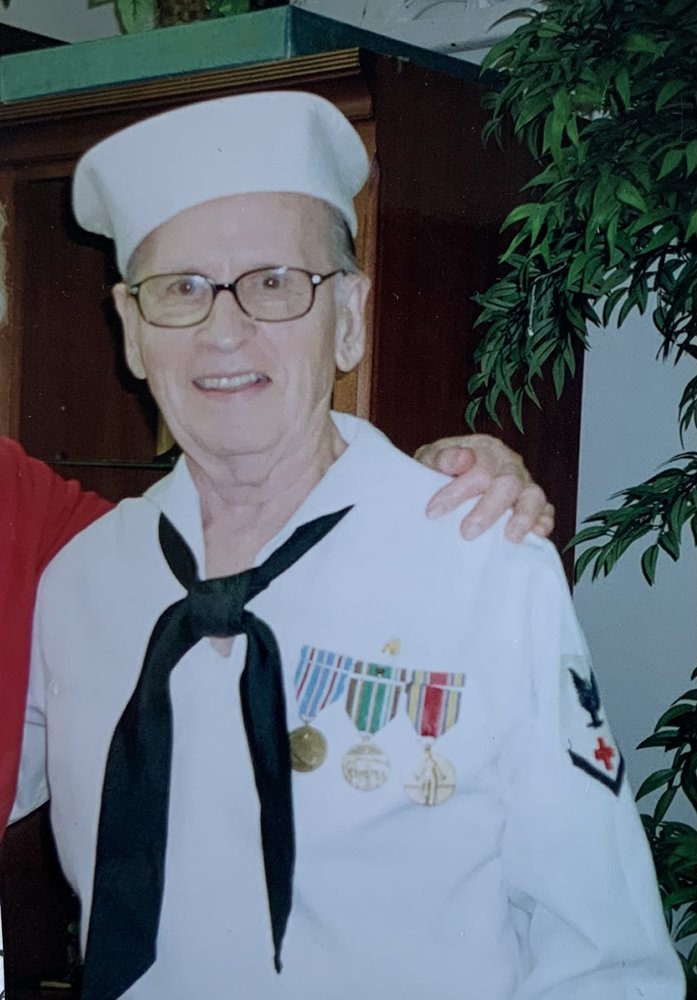 Bert was a graduate of Our Lady of Perpetual Help School, Class of 1942.  He proudly served his country in the U.S. Navy during World War II as a Seaman 1st Class aboard the USS Rockaway *29 Avp from 1943 - 1946.  He was awarded the American Theater Ribbon, Victory Medal, European Theater Ribbon, American Campaign Medal, European-African Middle Eastern Campaign Medal, World War II Victory Medal, and the Honorable Service Lapel Button.  He was a charter member of VFW Post #2445 in Maple Shade, NJ.

He worked as a Machinist at Machine Metals for 25 years prior to his retirement in 1989.  Bert loved time spent in Cape May, NJ, fishing off the jetty, dancing, and his dogs Tiger and Tippy.

He was the beloved husband of the late Anna (Dimino) Lieberum, with whom he shared 70 years of marriage.

In lieu of flowers, donations may be made in Hubert Liberum's name to the Alzheimer's Association by clicking here.

Share Your Memory of
Hubert
Upload Your Memory View All Memories
Be the first to upload a memory!