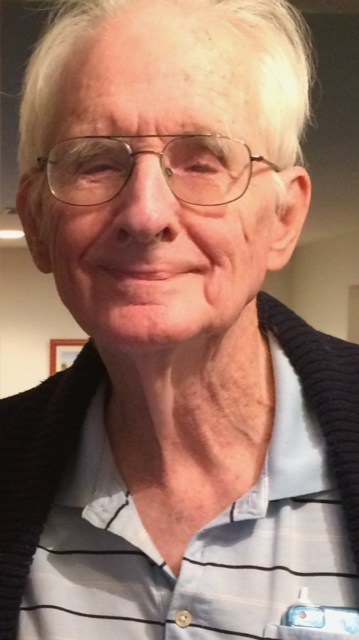 Richard was born to the late Alice and Cloyd McDowell, February 18, 1931, in Chicago IL. He graduated from Buchtel High School in Akron OH in 1949 and received a degree in mathematics from The Ohio State University in 1953. He was grateful to have served in the Army in Fort Sill OK as a first lieutenant and artillery instructor. In 1955, he married his high school sweetheart, Kathleen Nitz. They moved to Wadsworth OH to work with his father to build the “McD Ford” dealership, and he later had a varied career before retiring as a computer analyst and instructor at the University of Akron. After living in Wadsworth for 48 years, Richard and Kathleen moved to Trappe PA.

Richard’s life exemplified his personal mottos of “celebrate your victories” and “appreciate each day.” His favorite gift request was to receive “a smile and a kind word.” He deeply believed in each of his children and grandchildren and inspired them. He was a lifelong learner and an advocate for education. He was an avid duplicate bridge player, tennis and table tennis player, and loved taking long walks. He enjoyed creating and managing the websites of local nonprofits and churches, and volunteered with Meals on Wheels, and other community organizations. He was an enthusiastic Buckeyes fan (OH-IO), and his quirky sense of humor will be remembered and missed.

He is survived by: two children, Alan (& Suzanne) McDowell, of Manassas VA; and Susan (& Ram) Mudambi, of Blue Bell PA; four grandchildren: Cady, Rajan (& Vaidehi), Maya, and Jay; and his brother Robert McDowell of Afton MN. He was preceded in death by his beloved Kathleen.

The funeral services are private.

In lieu of flowers, the family would appreciate memorial contributions made in his name to St. James’ Episcopal Church Outreach House in Collegeville PA LINK, American Cancer Society LINK, or to a charity of one’s choice.

Share Your Memory of
Richard
Upload Your Memory View All Memories
Be the first to upload a memory!