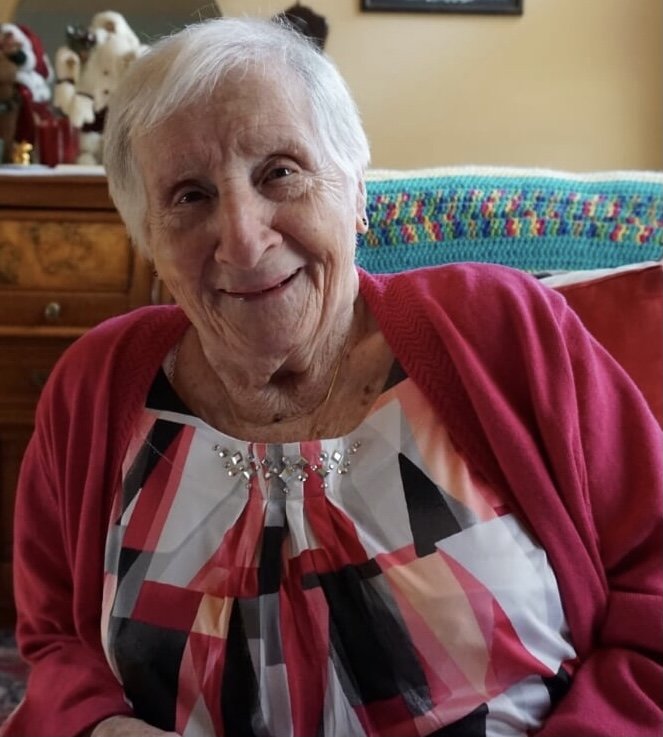 Madlyn Kushla (nee Alfonse) passed away on January 16th at the age of 100.

She was the loving daughter of the late John and Rose (nee Tancini) Alfonse.

She was preceded in death by sisters Norma, Josephine, and brother Francis. She was the beloved wife of the late Joseph Kushla of Cedar Heights.

Mal, as she was known to friends and family, was born in Conshohocken, graduated from Conshohocken High School, and met Joseph shortly after. They were married at Saints Cosmas and Damian Church in 1942 and remained parishioners until the merger. They settled in Cedar Heights where they built their home together and began raising a family. She worked at Sharps Corp as a “pill packer” in Conshohocken from 1960 until retirement in 1987. When her girls were young she also took on the position of Girl Scout Leader. She was a life time member of the Lincoln Fire Company where she showcased her baking skills, and enjoyed the community that grew there.

Mal was an avid baker, BINGO player, and gardener. She loved spending time with her family, cooking for the holidays, traveling, going to the casinos, family vacations to Cape May, NJ and keeping in touch with her best friend Betty Hall. She knew a good joke when she heard it, had the best hugs, and had a laugh you’d never forget. Mal left an impression everywhere she went, and brought joy to those who crossed her path. She will be missed greatly and will always be in our hearts.

A celebration of her life will be scheduled for June.  Please check website for further information.

Share Your Memory of
Madlyn
Upload Your Memory View All Memories
Be the first to upload a memory!