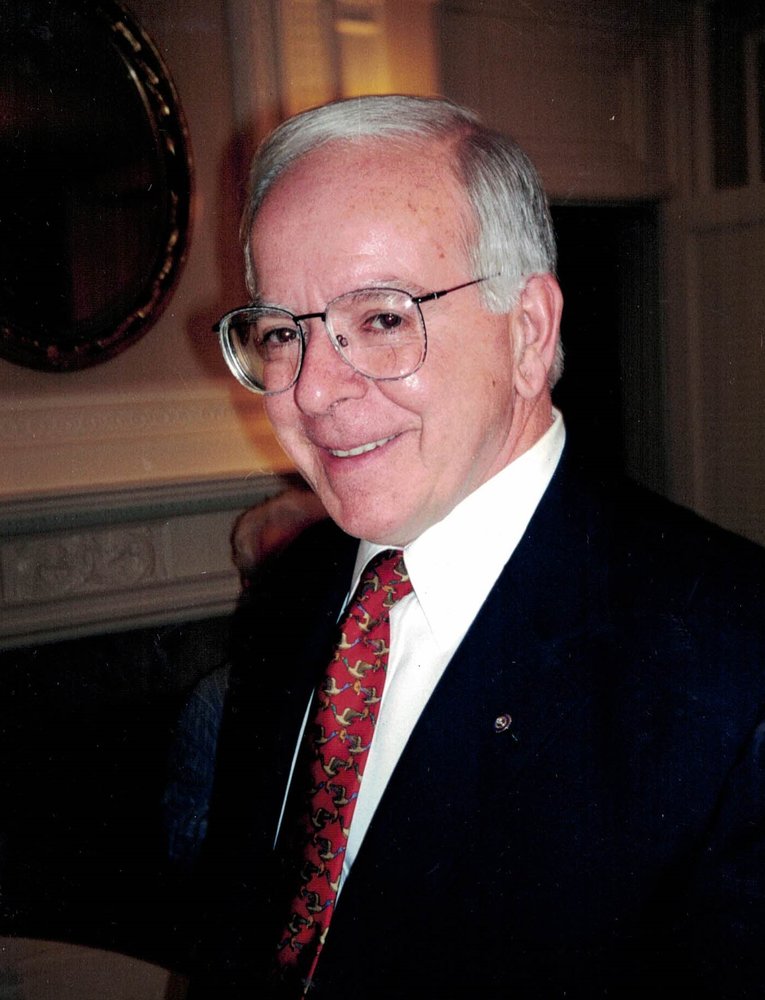 William E. Lessig was born in Norristown on July 25, 1937, graduating High school there, becoming an Accounting Major at Villanova University, followed by two years with the U.S. ARMY at Fort Dix, New Jersey as a Personnel Specialist.

For over 5O years he worked for the Silas Bolef Company where he was Executive Vice President and Corporate Secretary.

Mr. Lessig's resume of accomplishments reads like a book. He was well respected in the business community, government and civic organizations that serve our area.

Mr. Lessig's community involvement began in 1963 when he joined the Greater Norristown Jaycees, serving as their President-- working for the betterment of the Norristown area; Their motto being "Service to Humanity is the best work of Life".

He became involved in other organizations both in official capacity and as a member and president: Rotary Club of Norristown, Triangle Club of Montgomery County,  Boy Scouts of America, Montgomery Hospital, Commercial club, The Weiss- Arbaugh Tennis Tournament and the Red Macarthy Cancer Center Golf Tournament.

He made a commitment to the Freedoms Foundation at Valley Forge to "create and build an understanding of the spirit and philosophy of the United States Constitution and Bill of Rights." To create a cause better than ourselves”

Public service included Norristown Borough Council where he was chairman of the Finance and Administration Committee.  He also served as township auditor for West Norriton Township.  He is past chairman of the Board of the Greater Norristown Corporation and past president of Montgomery County Development Corporation.

His awards and honors include being listed in the 1967 Edition of "Outstanding Young  Men  in America", The Rotary International Paul Harris Fellowship , The Greater Norristown Jaycees "Distinguished Service Award" while chairman of  the Greater Norristown Corp. and also received the Valley Forge Council Boy Scouts of America "Distinguished Citizen Award." Mr. Lessig was inducted into the Norristown Area High School Hall of Fame in 1993  for his accomplishments.

He was an avid traveler and golfer while his health permitted.

He is married to the former Charlotte Smith; They have  one son Christopher, also survived by a sister Sandra Rizzo of NY.  He and Charlotte are members of Trinity Lutheran Evangelical Church in Lansdale and reside in Skippack, Pa.

Per Mr. Lessig's wishes there will be no viewing; interment will be private. Remember him for his "services to humanity".

Donations to his memory may be made to your choice. Villanova Basketball and Villanova Business School were his joys.