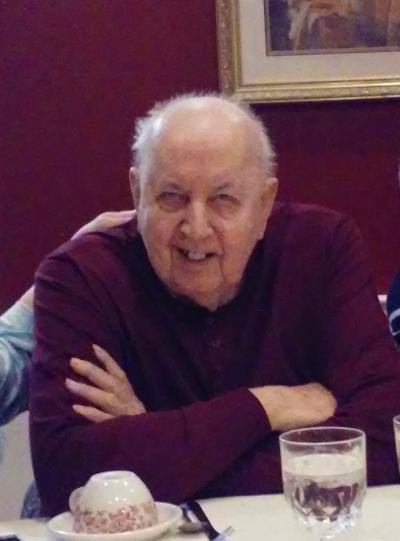 Get Directions
Thursday
27
May

Get Directions
Thursday
27
May

Bernard Francis Vullings, "Ben", age 82, a longtime resident of Trooper, PA. passed away on Sunday, April 18, 2021 at the Sanatoga Center.

He was born in Brunssum, The Netherlands, on January 23, 1939, the son of the late Johan and Maria (Kempen) Vullings.

Ben immigrated to the United States from The Netherlands at age 11.  He attended Holy Savior School and St. Patrick’s HS. He was a longtime member of Visitation BVM parish. He enjoyed watching movies, playing cards with his family, going to casinos, and traveling.  Ben was a jack of all trades. He was a truck driver for Conte Luna and Tose, started a food truck business and spent the rest of his career as a carpenter/builder.

Along with his parents, Ben was preceded in death by seven siblings,  Mia, Anna, Gertrude, Nellie, Henry, John and Terry.

In lieu of flowers, Ben's family would appreciate memorial contributions made in his name to: Mental Health America -  Bell of Hope Memorial (classy.org)

Share Your Memory of
Bernard
Upload Your Memory View All Memories
Be the first to upload a memory!