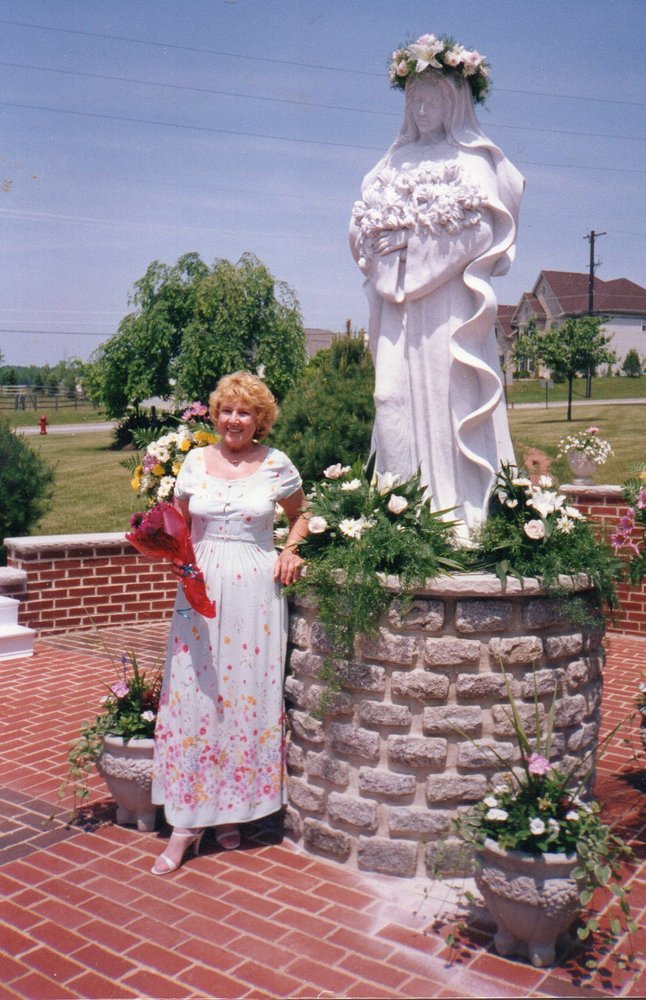 She was born in Norristown, PA on June 22nd, 1938, the daughter of the late Michael and the late Anna (Szczesny) Toth of Swedeland, PA. She was preceded in death by her brothers, Bernie and Clarence.

Catherine was an artist in many forms. She currently taught music at Holy Rosary Regional Catholic School, Plymouth Meeting, PA and had formerly taught music and drama at Holy Family School of Phoenixville, PA. In her spare time, she ran her sewing business, Cathie's Sewing Studio, and served at Epiphany of our Lord RC Church as a Lector and Eucharistic Minister. In previous years, she was the owner of Catherine’s Studio of Design and had created many beautiful works of art such as stained glass, tapestry and mosaics that can be seen in many churches around the country as well as the Bahamas. One piece that she was particularly proud of is the Our Lady of Life statue located at Visitation BVM Church in Norristown, PA. For many years, she had been the Choir Director at St. Mary of the Assumption, Phoenixville PA and Director of Music at St. Paul’s Roman Catholic Church in East Norriton, PA. She also played and sang for many couples’ weddings throughout the area.

Cathie always knew how to light up a room wherever she went and she will be dearly missed by her many nieces, nephews, cousins and dear friends. She would do anything for anyone. She always said that her brother Bernie’s children (Marianne (& Michael) Holmes of Phoenixville; Bob (& Stephanie D'Ambra) Toth of Collegeville;  Terri (& Jeff) Wallace of Phoenixville; and Tom (& Christine Shimrak) Toth of Lower Providence) were like her adopted children and they will dearly miss her.

Cathie would not want us to mourn her; she would prefer that we celebrate her life. She lived it fully with an unrelenting positive attitude. So put on some twinkle lights, have a glass of champagne, go to a Broadway show, savor a fine meal, take a chance on the slots, sing a song and celebrate mass at church in her memory.

Interment will be in St. Augustine's Cemetery, King of Prussia, PA.

Share Your Memory of
Catherine
Upload Your Memory View All Memories
Be the first to upload a memory!