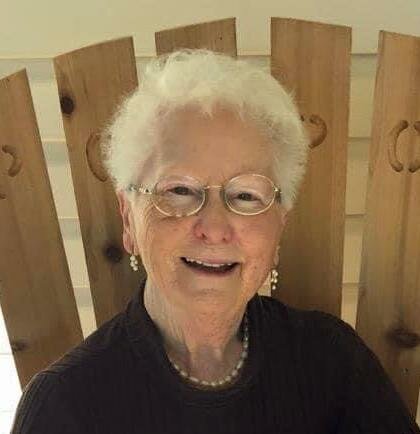 She was born in Sandy Mount, Ireland on March 21, 1929, the daughter of the late Donald and the late Sinéad  "Jenny" (English) Dennehy.

Sheila was raised in Ireland and immigrated to Canada in 1955, then the United States in 1964.  She has been living in Collegeville since 1994 and was a faithful parishioner of St. Eleanor's RC Church where she attended daily Mass.  She was a member of the Ladies Ancient Order of Hibernians.  Sheila loved flowers and animals.  She enjoyed painting and baking a Christmas cake every year well into her 80's.  She had an inner joy and spark that would light up a room.

She was the wife of the late Michael Thomas Davis.

She is survived by two daughters, Pauline Davis and Jean (& Thomas) Reichley;

Along with her husband and parents, Sheila was preceded in death by four siblings, Marion, Eileen, Sinead and Eion.

Memorial contributions may be made in Sheila's name to St. Eleanor Church at the above address.

Share Your Memory of
Sheila
Upload Your Memory View All Memories
Be the first to upload a memory!