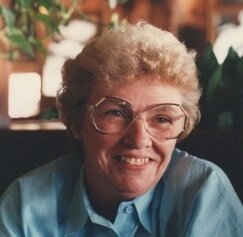 She was born in Conshohocken, Pa on October 8, 1936, the daughter of the late Edward and Eleanor (Ruch) O'Brien.

Margaret has lived in East Norriton since 1968 when she moved from Conshohocken, Pa.

She was a Homemaker and also worked outside the home.

Margaret enjoyed reading and she was known for her good cooking, and she most enjoyed spending time with family.

Along with her husband and parents, she was preceded in death by a brother Edward O'Brien and a sister Eleanor Carroll.

Memorial contributions may be made in her memory to your favorite charity.

Share Your Memory of
Margaret
Upload Your Memory View All Memories
Be the first to upload a memory!