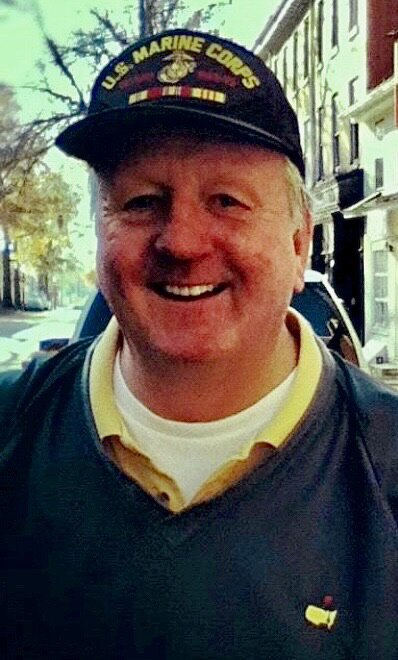 James "Jim" Martin Pishock of East Norriton, PA was a soldier. Forged from a rare material that is hidden deep beneath the sand of Earth’s surface: a material represented equally for its strength and...fragility. He was born August 16, 1946 in Conshohocken, PA to the late Stephen and Anna Pishock’s and passed away Sunday, June 26, 2022. He was 75 years old. Along with his parents, he was preceded in death by 3 brothers Stephen, Charles and William Pishock and a sister Doris A. Watkins.

Jim was the youngest of seven children. He was "the baby" of the family; a title for which he was always ready to share that he won a baby-beauty pageant for his good looks. He loved his family, Conshocken, Philadelphia sports, and his country. And, in 1964, after finishing high-school at the age of 17, he chose to make the ultimate sacrifice by serving his country in the United States Marines Corps. Soon thereafter, Jim was deployed to Vietnam as First Recon, where he quickly rose to the ranks of Sergeant at the age of only 19.  For his service, Jim received the National Defense Service Medal, Vietnamese Service Medal, Good Conduct Medal and Presidential Unit Citation. Without a shadow of doubt, Jim was proud of his service. But like many others who returned safely from Vietnam, he did not leave the war unscarred. His weapons of choice to conquer these scars were his colossal sense of humor and the perfection of the Ultimate Party. Again, our father was a soldier; he soldiered on. He married his high school sweetheart, Carol (Hylinski) Pishock, at the age of 21 and they began a family together. They lived out most of their marriage in East Norriton, PA where they raised their five children. Jim was a member of Visitation B.V.M. church as well as a member of Conshohocken V.F.W. Post # 1074.

Dad, until we meet again on the day of our very own resurrection, your family will continue to soldier on. You will always be deeply loved and truly missed.  As you enter Christ’s kingdom, know you will be greeted by His infinite grace as a friend and fellow warrior.

Share Your Memory of
James
Upload Your Memory View All Memories
Be the first to upload a memory!
Share A Memory