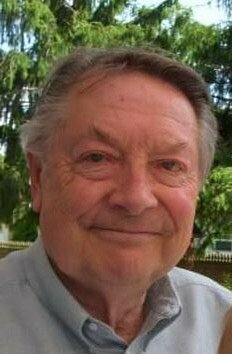 He was born in Phoenixville, PA on March 10, 1931, the son of the late Vernon and the late Ruth (Bathurst) Mourar.

Jack has lived in Blue Bell, PA for the last 10 years; formerly of Norristown, Royersford and Phoenixville, where he was born and raised and worked as a milk delivery man for Mourar’s Dairies.

He was a retired Business Manager with Pennsylvania School for the Deaf.

He served in the Air Force in Fairbanks, Alaska, where he received the National Defense Service Medal, the American Spirit Honor Medal and Good Conduct Medal.

Jack was a 1952 Penn State graduate with a degree in Dairy Husbandry, and he earned his Master of Education Administration from Temple University in 1972.

Jack was a founding member of the Nine Oaks Swim Club in Royersford, PA.

He played the keyboard and gave 964 performances in 11 different retirement communities.

He and his beloved wife Ann traveled to 31 countries.

Jack was a loving and devoted father of 6 children.

Along with his parents, he was preceded in death by grandson Joseph Cash.

His memorial service and interment will be private.